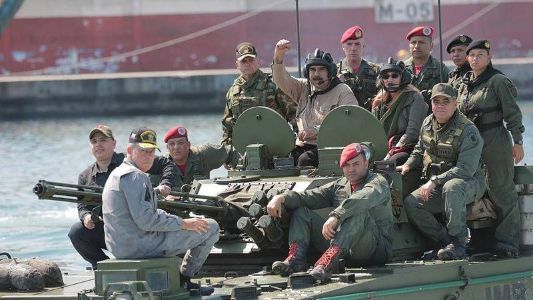 Two Venezuelan soldiers have been killed during fighting since March 21 in southwestern Venezuela on the border with Colombia between the army and "irregular Colombian armed groups," Venezuelan military sources have announced.

Thus, the number of Venezuelan soldiers killed in the area in the state of Aburi (South) increases to 6.

According to Friday's outcome, 9 members of armed groups that Caracas describes as "terrorists" were also killed, and 32 others were arrested.

More than 3 thousand people have taken refuge in Colombia to escape the fighting that has been going on for days between the Venezuelan army and dissidents from the FARC movement, according to a new official publication published by Bogotá.

This rebel group distanced itself from the peace agreement concluded in Colombia in 2016, put an end to the war of half a century, under which the "FARC" was disarmed the following year.

Although they share a border of 2200 kilometres, Venezuela and Colombia no longer maintain diplomatic relations since Bogotá recognized opposition leader Juan Guaidó as timely Presidents of Venezuela in 2019.