US congressional elections: the battle to ensure a majority in the Senate has not yet been resolved 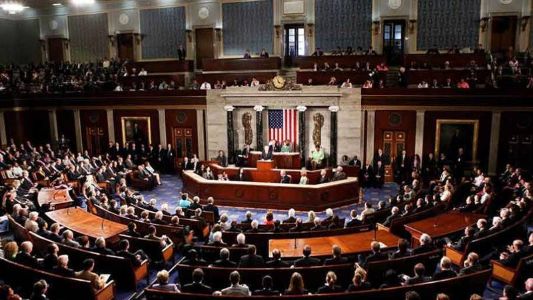 As the counting of votes in the US midterm elections continues, the competition between Republicans and Democrats for control of US congressional seats is heating up

Republicans are the closest to winning the House of Representatives, but the battle to secure a majority in the Senate has not yet been resolved.

The Democrats have secured Pennsylvania's key Senate seat, and the results of several close races between the two parties have not yet been announced.

Polls after the vote indicated that the economy and inflation were their biggest concerns.

And although this was supposed to be in the interests of the Republicans, so far they have not achieved the victories they had hoped for.

The midterm elections will determine the fate of President Joe Biden's agenda, if the Democrats lose control of the House of Representatives or the Senate, the Republicans will have the ability to block his plans.

The elections went smoothly throughout the country, barring some obstacles. Polls conducted by CBS News, the American partner of the BBC, indicate that the issue of abortion was the top concern of Democratic voters, while Republicans and independents paid attention to the issue of inflation.

As usual, the president's party performs poorly in the US midterm elections. Despite the reduction in the prices of prescription drugs, the expansion of clean energy, and the renovation of US infrastructure, Biden's popularity has been hit hard as the worst inflation has swept the country in four decades.