Pilot threatens to cancel flight due to disgraceful act... Find out why? 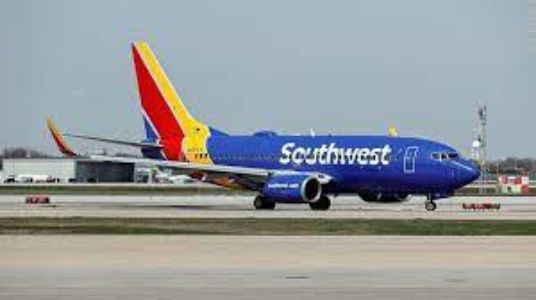 Pilot strictly on the plane amplifier: "To the person doing this disgusting job, stop it, otherwise I will cancel the takeoff and we will all go down. passenger leave shall not be damaged ".

With this strange warning, he stunned dozens of travelers, who wished for a quiet journey from Houston to the Mexican city of Cabo, a favourite tourist destination for Americans.

A pilot at Southwest Airlines had warned that he would keep the plane on the ground and would not make the flight, if a passenger did not stop with his "disgusting" habit.

Subsequently, it was found that one of the passengers was sending "indecent" images, via "Air Drive" on iPhone, to random passengers with him on board.

The "AirDrive" feature allows any images to be sent from one iPhone to another, in the same geographical area, without the need for the other phone number.

According to the Sun newspaper, the pilot said by loudspeaker: "If this act continues while we are on the ground, I will have to withdraw to the gate, everyone will have to go down, we will have to hand over the actor to security and everyone's leave will be damaged."

He added: "On the subject of Air Drop, stop sending nude photos, let's go to Cabo."

A video of one of the passengers sharing these details went viral, and the feedback was positive and hilarious towards the pilot, who dealt with the passengers like his children, according to commentators.

We have 101 guests and no members online