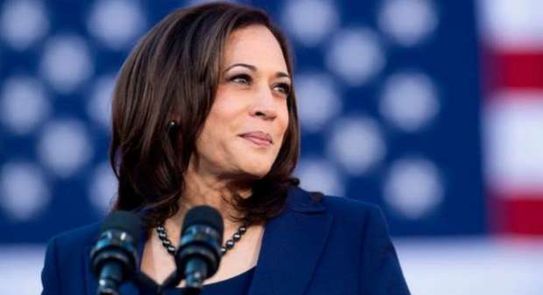 Hours after the publication of a report on "discontent and dysfunction" within her office, White House press secretary Gene Sackey defended Kamala Harris, Vice President Joe Biden of the United States.

On her Twitter account, Saki wrote: "To anyone who needs to hear this, Vice President Harris is not only a vital partner of the US President, but a bold leader who deals with the major and important challenges facing the country, beginning with voting rights and ending with addressing the root causes of immigration."

Jane Sackey's tweet followed a report by US network CNN, alleging that many of Kamala Harris' aides feel that US President Joe Biden may be sidelining her role, and that the Vice President herself feels "constrained by what she can do politically."

In a related context, in a statement posted on Twitter, Simon Sanders, a spokeswoman for Kamala Harris, rejected the CNN report, calling it "gossip."

Sanders said: "It is regrettable that, after a fruitful trip to France in which we reaffirmed our relationship with America's oldest ally and demonstrated America's leadership on the world stage, and after the passage of a landmark bipartisan infrastructure bill that will create jobs and strengthen our societies, some media outlets focus on gossip, not on the President's results with his Vice-President."