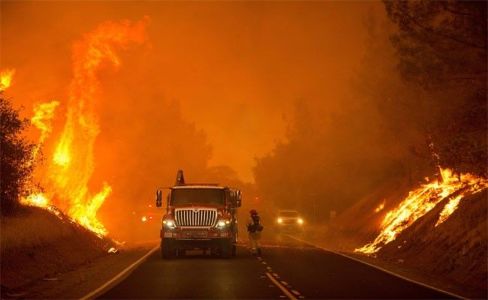 Biden explained and said: "Yesterday I personally witnessed the devastating consequences of wildfires such as California. Over the past two weeks, I have also travelled to Louisiana, New York and New Jersey, to look into the damage caused by Hurricane Ida. The natural disasters that we are witnessing will occur at a stronger pace and will increase further since the beginning of the year, which has erupted across the country, resulting in the burning of 5.6 million acres [over 2.2 million hectares]. This has led to billions of dollars in losses and caused tens of thousands of evacuations. "