He poses a threat to US national security. Voices calling for the removal of the Commander of the United States Army 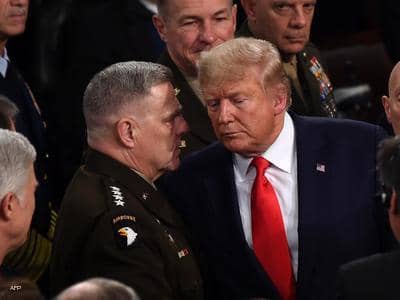 In what he considered to be a threat to US national security, and to the ability of the US to lead the world through risk, US Senator Marco Rubio, President Joe Biden, demanded the immediate removal of the Chairman of the Joint Chiefs of Staff, General Mark Milley.

Rubio's remarkable and unprecedented claim came after press reports revealed excerpts from a soon - to - be - put book about General Millie contacting his Chinese counterpart on consecutive occasions to reassure him that the United States, under former President Donald Trump, would not launch military action against China.

The book, written by well - known American journalist Bob Woodward, is about the last days of Trump's rule in the White House, which was very turbulent, as contributed by journalist Robert Costa.

The author said that Millie went so far as to pledge to his Chinese counterpart that if America were to carry out military action against China, he would call him before doing so, and that it would not happen suddenly.

According to the book, General Mark Milley took covert action to limit the possibility of Trump ordering missile strikes or using nuclear weapons.

It is reported that the commander of the US Army made this unprecedented move in the history of the military, following the storming of the Capitol last January 6, days before Trump left the White House.

According to the book, General Milley was shocked by the attack on Congress, and is quoted as saying "Trump was mentally degraded after losing the election, and became obsessed."

Accordingly, on 8 January, Millie held a secret meeting of senior military commanders at the Pentagon, at which steps to launch military operations or use nuclear weapons were reviewed and they were ordered not to receive orders from anyone, without personally reviewing them.

We have 27 guests and no members online