After criticism from supporters... Biden changes his decision and raises the limit on asylum applications 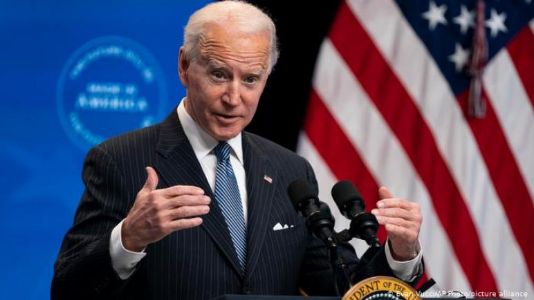 After criticism from supporters, U.S. President Joe Biden said today that he has revived a plan to increase the number of asylum applications this year to 62,500 when the minimum number of asylum claims initially kept at a historically low level.

Democratic Biden officially changed his decision just two weeks after his administration announced that it would keep his Republican predecessor Donald Trump's limit of 15,000.

In a statement, Biden said that his "move" erased the previous administration's low ceiling of 15,000, which does not reflect the values of America as a nation that welcomes and supports refugees. "

He added, "It is important to take this step today to remove any lingering doubt in the minds of refugees around the world who have suffered so much, and who are impatiently waiting for their new lives to begin."

"It is uncertain that the United States will be able to receive 62,500 refugees overall by the end of the current fiscal year on 30 September or reach the target of 125,000 applications next year," Biden said.

He continued, "The bitter truth is that we will not be able to accept 62,500 applications this year. We are working quickly to avoid the damage done in the past four years. It's gonna take a while, but this work is going on. "