US police arrest a nurse who planned to kill Kamala Harris 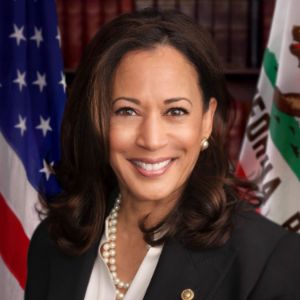 A nurse who sent videos of her jailed husband planning to kill Kamala Harris accused US Vice President Joe Biden.

Nevian Pettit Phelps, 39, a nurse and mother from Miami, Florida, was arrested by US police after she was accused of planning to kill the vice president.

Phelps is accused of recording and sending several videos to her imprisoned husband, in which she discussed the murder of the Vice President, according to the website InSight.

Between February 13 and 18, Phelps "deliberately and deliberately threatened to kill and physically harm the Vice President of the United States," according to the communication.

A private Secret Service agent intercepted communications between Phelps and her imprisoned husband on J. Bay, a communications platform that allows non-jailed persons to communicate with their relatives.

In one of the videos, Phelps said: Kamala Harris will die. Your days are already numbered. "

Another video shows Phelps saying: "I'm going to the shooting range... I swear to God, today is your day, you will die 50 days from now."

Photos of Phelps were also taken at a shooting range, after she applied for a weapons permit on 22 February.

When she was investigated, when asked about her motives, Phelps began to say that she was angry at the time that Kamala Harris had become Vice President, but that she was "finished now."