In his first days in office, Biden will take measures to repair the most damages of the Trump administration 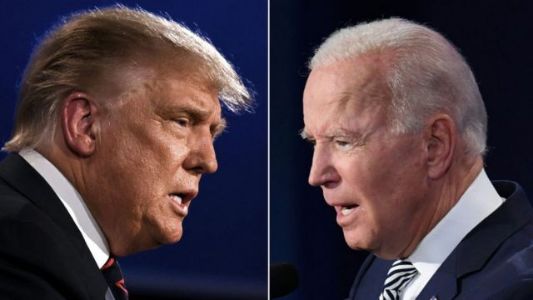 On the day of his inauguration next Wednesday, US President-elect Joe Biden is expected to sign executive orders, most notably the cancellation of outgoing President Donald

Trump's decision, which prohibited the entry of nationals of a number of Muslim-majority countries into the US.

Among the orders that Biden will sign are related to dealing with the Corona pandemic and the deterioration of the US economy, in addition to returning the United States to the climate agreement signed in Paris.

"All these crises require urgent action," said a statement issued by Ron Klein, who was chosen by Biden to assume the position of chief of staff of the White House, adding that Biden would sign "about 12" executive orders on Wednesday after the inauguration ceremony.

"The president-elect will take measures, not only to repair the most severe damage from the Trump administration, but also to push the country forward," Klein said.

"President-elect Biden will take, in the first ten days of his term, decisive measures to address these four crises, to spare the country irreparable damage, and to restore America's position in the world," according to the Associated Press, Klein said.

Reports indicate that among the decisions Biden will make, instructions are to reunite children who have been separated from their families at the border with Mexico.

The president-elect is also expected to sign an executive order mandating the wearing of masks in federal institutions and on interstate transportation.

Biden also plans to propose an immigration plan to Congress during his first 100 days in office that will prepare the way for citizenship for millions of illegal immigrants currently in the United States.

Last January, Washington announced the addition of 7 new countries to the US travel ban list.

In 2018, the Supreme Court upheld the third version of the travel ban, after previous iterations were challenged in court.

The ban at the time restricted entry from seven countries to varying degrees, namely: Iran, Libya, Somalia, Syria, and Yemen, as well as Venezuela and North Korea, which were chosen based on interagency data from the Ministries of Homeland Security and State, as well as the White House.

According to the Trump administration, the restrictions are used to "encourage states

To comply with US national security requirements. "