Trump between the choice to pardon himself and the director of the early resignation ... American academics answer 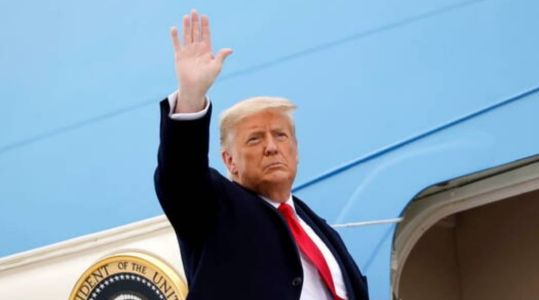 According to sources close to the current US president, Trump is not considering an early resignation, because it means admitting defeat.

These sources believed that the resignation for Trump "means recognition of defeat," and therefore is expected to reach the end of his term "without this kind of humiliation."

In a related context, American experts interviewed by RIA Novosti said that Trump may pardon himself, but that this may turn against him, and will not protect him from possible prosecution at the state level.

In this regard, James Gardner, a professor of political science at the University of Buffalo Law School, pointed out that a great debate is taking place on this issue, indicating that what is happening is a historical precedent, stressing that his view is that "pardoning oneself is logically impossible, and therefore is Is forbidden, and even the Pope does not forgive himself. "

As for a professor of political science at the University of Minnesota, David Schultz, he pointed out that "the president has the right to delay the execution of sentences and pardon crimes against the United States, except in cases of impeachment," pointing out that the Supreme Court had ruled in 1867 that "the powers granted in this way are unlimited. ".

"The scope of the right to pardon is so wide that it allowed President Gerald Ford to pardon Richard Nixon, before he was charged with any crimes," the American academic said.

Ronald Chen, a professor at Rutgers University, stated that the Department of Justice was “afterwards issuing a document stating that the president cannot pardon himself, because that is against the spirit of the Constitution, and a person cannot be a judge in his case. The decisive factor. "

"Just like pardoning a turkey on Thanksgiving every year, he (Trump) can pardon anyone, there are no restrictions. There are no inhibitions, and the court cannot say it is abusing his freedom of action. Is it right to pardon? Of course, this is an argument in favor of the fact that he can pardon himself. "

But this academic added that some experts point out that the constitution speaks of the right to "grant amnesty", and that the word "grant", in their opinion, means that this can only be done for someone else, but not for yourself.

The expert commented on the foregoing by saying, "Nevertheless, this is a very linguistic argument. To be honest, I am sure that the founding fathers who wrote the constitution simply did not think about such a situation", pointing in this context to a previous case in the United States dating back to 1915, when the Supreme Court decided that a pardon implied an admission of guilt.