Draft of Trump's accusation of "inciting" to storm Congress

According to NBC, the questioning draft of the outgoing US President Donald Trump, consisting of 4 pages, was prepared by lawmakers to be submitted next Monday. 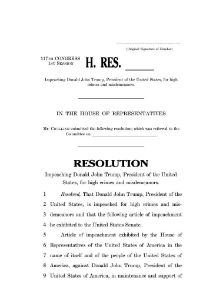 NBC also pointed out that the draft includes Trump's involvement in major crimes by inciting rebellion and threatening US national security, against the background of the riots in 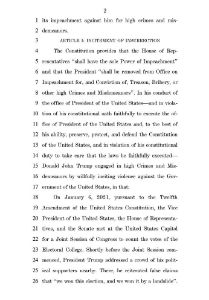 In their draft, a copy of which was published by NBC on Twitter, the representatives asserted that Trump deliberately encouraged the demonstrators, which prompted them to storm Congress. 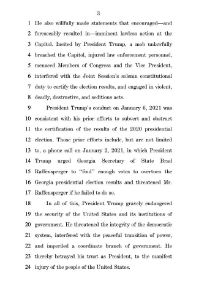 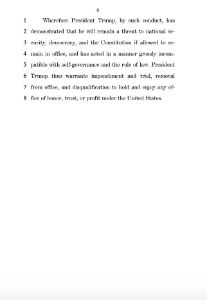