Why Diyala? .. Notable movements of the terrorist organization ISIS in Iraq 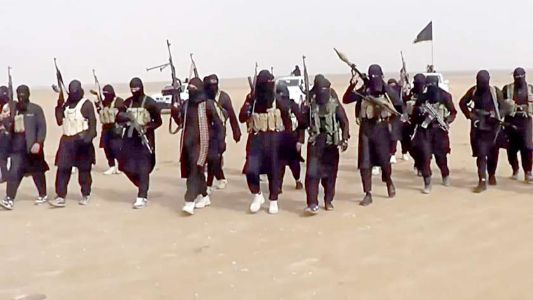 Despite the relative calm in other cities, the Iraqi province of Diyala is witnessing noticeable movements of the terrorist organization ISIS, which targets security forces and civilians, as well as carrying out assassinations and kidnappings

3 members of the police, including a lieutenant colonel, were killed and injured following clashes with the ISIS terrorist organization on Thursday evening, in the Waqf Basin in Diyala, after unknown people tried to kidnap the owner of a car dealership, but they failed.

The province of Diyala in western Iraq, bordering Iran, has been a constant scene of ISIS terrorist operations in recent months, compared to other cities, despite the efforts of the army and police against it, which raises questions about the relationship of the province's location with this targeting.

Iraqi analysts point to the intertwining of geographical and security factors, and local and international political conflicts in explaining the focus of ISIS on Diyala, as a starting point for controlling Iraq.

On the other hand, the operations announced by the Iraqi forces vary between operations launched by the army, others by the police, counter-terrorism forces, as well as Popular Mobilization factions, in addition to joint operations.

On Wednesday, 3 mortar shells of unknown origin landed in the vicinity of the Mesopotamian National College, in Baquba, the center of Diyala province, without recording losses.

In an effort to counter the expansion of the organization, the Iraqi forces launched, on Friday morning, a new operation, launched from 3 axes in the groves of the green border within the Waqf basin, according to local media.

Diyala is the closest to Baghdad , and adjacent to the most dangerous northern province where ISIS is active, Salah al-Din, which is open to 6 hot provinces.

It enjoys the diversity of geographical nature between rugged areas and valleys, valleys surrounded by the most dangerous mountain ranges, namely the Hamrin Mountains, which penetrate the country by more than 275 km, the Great Basin, and areas north of muqdadiya, and there are abandoned orchards, reeds and valleys.

Demands are mounting from deputies and residents of the province to launch a major operation to defeat ISIS, with the withdrawal of militias that control vast areas and enjoy great influence, on the pretext of fighting terrorism.

This site helps to carry out internal and external maneuvers in operations for terrorist factions and groups, for which the factors of fraud and disappearance are available, which are one of the most important principles of guerrilla warfare.

We have 142 guests and no members online