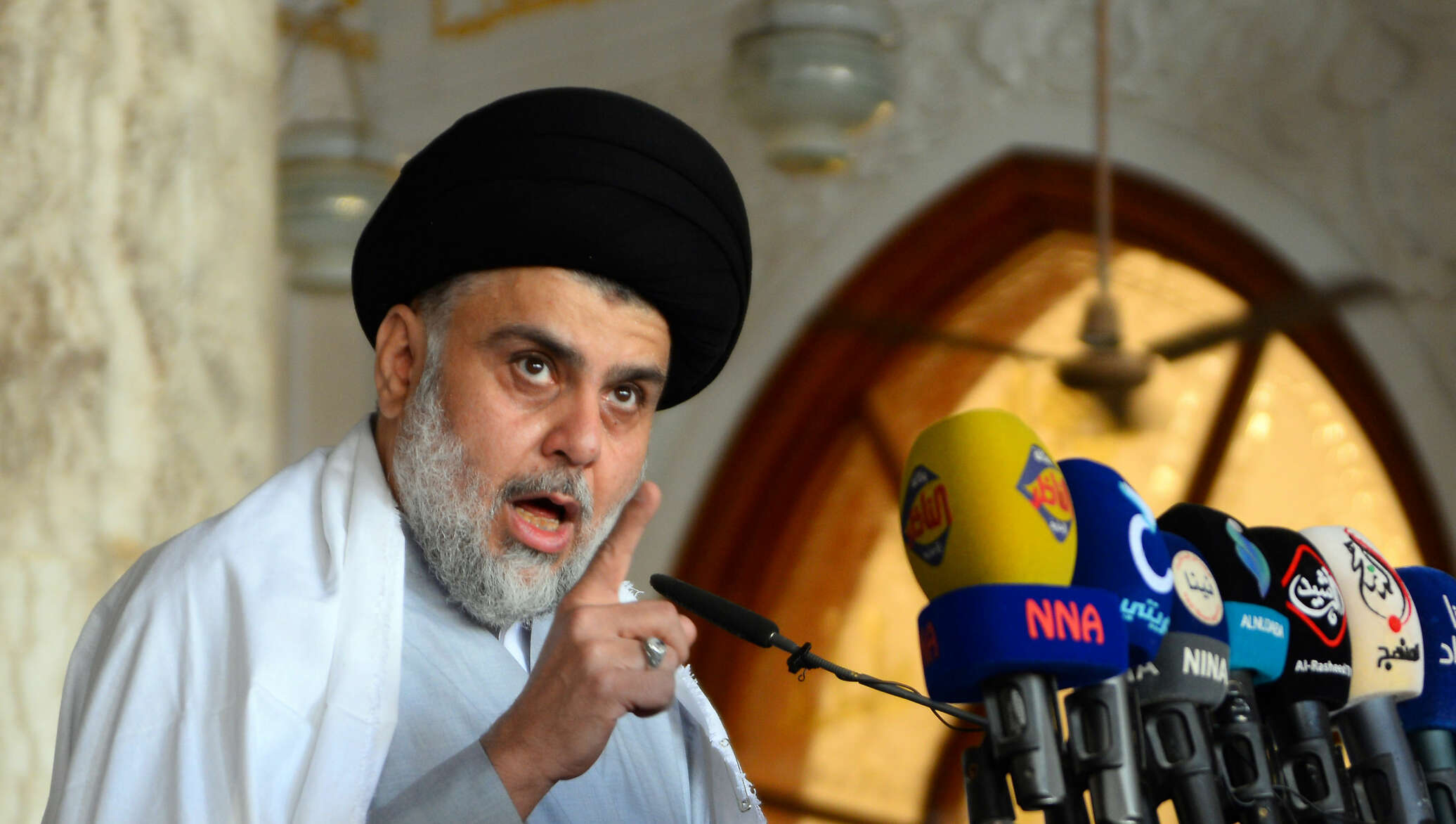 Supporters of al-Sahr al-Sadri have been under the dome of the Iraqi Parliament for a week since their leader Muqtada al-Sadr, who finally demanded the dissolution of the Iraqi

Parliament, was invited to protest against the candidacy of the former leader of the Islamic Da 'wa Party, Mohammed Shiya al-Sudan, to head the new government, without any progress at the political level, to end the current crisis. The early re-election, a call that received a broad response from various Iraqi political circles

Last June, Sadr could dissolve Parliament and impose political reform mechanisms as he wanted, without involving the forces of the "coordinating framework" in this path, to have a major alliance with the Kurdistan Democratic Party (PDK) and the sovereignty alliance, but he impacted the withdrawal, instructing his 73 deputies to resign and dismantling his grand coalition.

Subsequently, Al-Sadr awaited the decision of the forces of the "coordinating framework" on the dissolution of Parliament to return its deputies to the Council, and the mechanisms for reform and radical change finally called for would be in accordance with the vision of Iran's allied powers.

Despite the Sadr sit-in, the Parliament building is blocked and the Parliament's work is blocked, the forces of the "coordination framework" continue to stall in the reform steps called for by the Sadr, such as a radical change in the system and the amendment of the Constitution, thereby dissolving Parliament, until the new parliamentary elections.

On Saturday, Sadr said that the dissolution of Parliament had become a popular demand, noting that "there are positive feedback" on its dissolution.

In a tweet, al-Sadr called for "a serious pause to save Iraq from the tusks of corruption and dependence, and to correct the course of the political process that has harmed slaves and the country."

Days ago, the United Nations envoy in Iraq, Jeanine Plasskhaert, was conducting a tour to meet political figures, most recently the leader of the Sadri movement, Muqtada al-Sadr, which she met last Friday, and confirmed that her meeting had been "good".

The "coordination framework" had authorized the President of Badr Hadi al-Amiri to engage in a dialogue with the leader of Al-Jawr Muqtada al-Sadr, but none of the meetings had yet taken place.

We have 104 guests and no members online