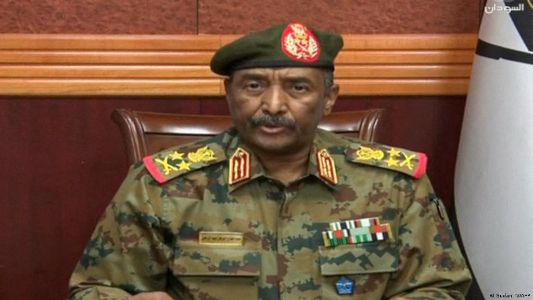 In a speech broadcast on state television, the Sudanese army chief General Abdel Fattah al-Burhan said that the armed forces had decided to withdraw from the political

negotiations currently under way and urged political and revolutionary parties and forces to form an independent competency government to complete the transition.

Al Burhan's announcement came as protesters in the capital Khartoum increased pressure on military rulers to hold sit-ins to protest the deaths of nine civilians on Thursday during anti-military rallies.

Some 2,000 people were participating in a sit-in near the city centre, and Burhan said that the ruling Transitional Sovereignty Council, which was chaired and comprised of military and civilian members, would be dissolved after the formation of the new Government.

Al-Burhan added that a higher council of the armed forces would then be established to assume the high command of the regular forces and be responsible for security and defence functions along with related responsibilities in agreement with the Government.

Al-Burhan said that the withdrawal of the armed forces from the current political talks was aimed at allowing parties and revolutionary forces to form a government.

We have 286 guests and no members online