Tunisia.. Sadiq Belaid.. "The Constitution of Carthage will be democratic" 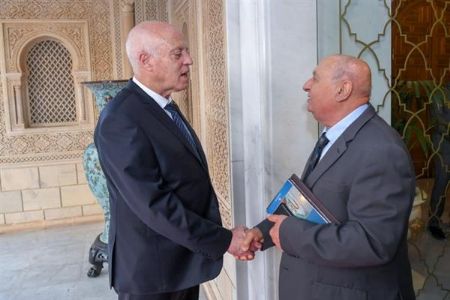 At the conclusion of the fourth meeting at the Palace of Hospitality in Carthage, the Chairman of the committee responsible for preparing the new Constitution, Professor of

Constitutional Law Sadiq Belaid, stressed that the features of the new draft constitution sought to be prepared by members of the legal and economic committees, or what he called the National Authority for a new Tunisia, would be based on a system for building the new Tunisia.

The chairman of Tunisia's new constitution drafting committee said on Saturday that he would hand over the new draft constitution to President Kais Said on Monday, June 20, adding that "the constitution of Carthage will be democratic."

Sadik Belaid, a former law professor appointed by President Saeed to rewrite a "new Constitution of a New Republic", said that the Constitution would be democratic.

The system focused on building the country's economy to improve the social status of the overwhelming majority of our country, which had suffered in the last decade and had gone bankrupt, during which several occupations had been lost, and citizens had become unable to meet their family's needs in the face of maddening price rises.

The new constitution would include a special section entitled "The Foundations for the Advancement of the Tunisian Economy", which reversed the Constitution of 2014, which did not concern itself with social issues but worsened the parallel economy that had been raped by the mafia as described, and monopolized 40 per cent of the rough national product, according to his statement.