Israeli media: The latest attack on Damascus airport succeeded in preventing a threat that would have harmed Israel 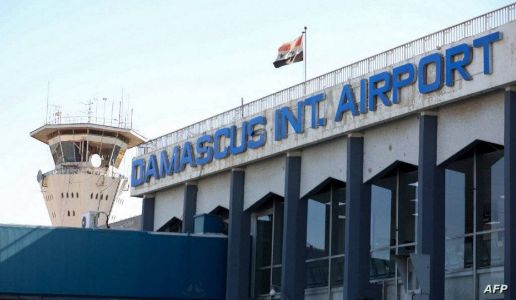 In a second attack in about two weeks, the IAF targeted Damascus International Airport in Syria, and Israeli media revealed the secret of the attack, alleging that the latest attack succeeded in preventing a threat that would have harmed Israel.

According to Israel's Channel 12, the attack on the airport was intended to shorten runways, thereby preventing Iranian Boeing 747 cargo aircraft from landing.

The Israeli Air Force had deliberately shelled two runways at Damascus International Airport to stop the smuggling of weapons and combat systems through civil aviation. According to her.

The channel claimed that the targeting of the runways was aimed at thwarting Iran's attempts to smuggle precision systems into Lebanon's "Hizbullah", including equipment used to convert regular missiles into high-precision rockets.

She added that Tel Aviv could not know exactly what the bags of passengers arriving at Damascus airport contained on civilian flights, necessitating a message that this could not be recognized.

It also pointed out that the Israeli military was proceeding from the assumption that high-precision rocket production equipment and techniques had already reached Hizbullah through the airport.

The Syrian Ministry of Transport announced the disruption of the runways of Damascus International Airport and the suspension of incoming and outgoing flights due to the Israeli Air Force bombing.

In a statement posted on its website, it stated that it will announce "the dates of flights through Damascus International Airport once the equipment is repaired to ensure the safety and safety of operational movement."

On Friday morning, Israel launched an aerial aggression to the south of the Syrian capital, Damascus.

Israel is conducting raids on military positions that it claims belong to pro-Iranian factions in several areas of Syria.

Israel reiterates that it will continue to address what it describes as Iran's attempts to consolidate its military presence in Syria.

We have 253 guests and no members online