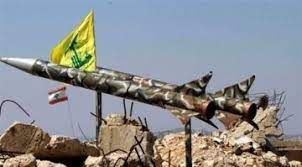 Referring to a new threat to Hezbollah on the Israeli internal front, the Hebrew newspaper Ma 'aref reported that Lebanon's Hezbollah had a missile "arsenal" that caused great concern to Israel's internal front in any future confrontation between the parties.

The newspaper confirmed that Hezbollah currently owns 100 thousand rockets, although it only owned about 15 thousand on the eve of Israel's second war on Lebanon in 2006, at which time it fired some 4 thousand rockets towards Israel's north.

She referred to the recent military manoeuvres by the Israeli army, called "Fire Vehicles", involving a real simulation of the war with Hizbullah, by which she predicted about 300 Israeli deaths during the likely confrontation with the Lebanese party, as well as Hizbullah's shooting down of 1,500 rockets a day inside Israel in that confrontation.

Hizbullah owned Russian "Katyusha" missiles, land-based missiles containing a warhead of up to 20 kilograms, with a range of up to 40 kilometres, and Iran was the main supplier of Hizbullah missiles, adding that the party had a large arsenal of weapons that would cause serious and detrimental concern on Israel's internal front.

One such arsenal is Hizbullah's possession of Iranian "dawn" missiles built by Tehran in the 1990s, some 43 kilograms of which are "dawn 3", carrying an explosive head weighing 45 kilograms, as well as the more sophisticated "Dawn 5" missile, which has a range of 75 kilograms, with an explosive head of 90 kilograms.

We have 272 guests and no members online