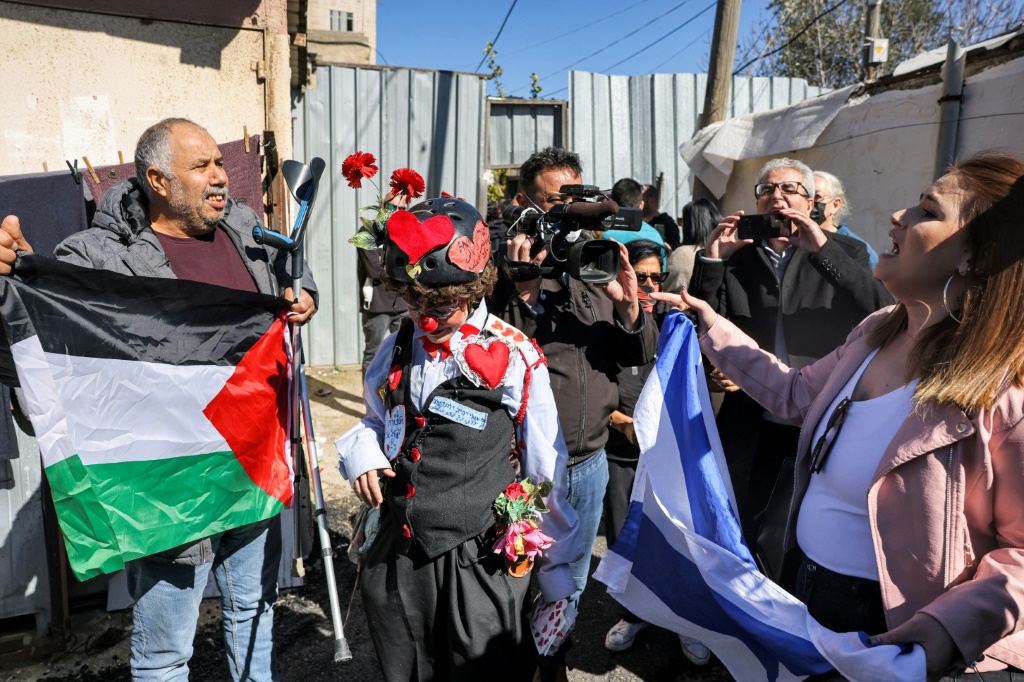 Since the start of the "war of flags" between the Palestinian and Israeli sides, settlers living in nearby illegal settlements have repeatedly entered the town of Hawara in the

occupied West Bank and its suburbs, to remove Palestinian flags and raise Israeli flags in their place, outraging the population and leading to confrontations between Palestinians and the Israeli army.

In the context of this "war of flags", which constitutes a new chapter of the conflict, two days ago the Israeli Parliament (Knesset) passed a law prohibiting the raising of the Palestinian flag inside Israel.

That law had been proposed by right-wing Likud party member Eli Cohen for considering the Palestinian flag as the colours of an enemy State.

"It is time to end incitement to hatred by strengthening our sovereignty," Cohen said on Twitter. "Anyone who feels they are Palestinian will get all the help they need on a one-way trip to Gaza."

The bill published on Parliament's website states that "waving the flag of those who do not recognize the State of Israel or present an existential risk is a red line that must not be crossed and is different from legitimate protests."

In a dialogue, Palestinians say that the Israeli army, which is heavily stationed in the town, stands by and watches, refusing to intervene and stop what they call settlers "provocations".

In a rare scene, thousands of Palestinians raised a Palestinian flag on the streets of Jerusalem's Old City.

During the "Israeli flag march" on the anniversary of Israel's occupation of Strip East of the City in 1967, which the Israelis consider to be the anniversary of the "unification of the City", the Palestinians succeeded in drawing attention by flying a small Palestinian-flagged drone over Jerusalem's Old City before the police returned it to the ground.

Zaffer al-Sayegh, who owns a commercial shop in the Hawara area, said, "Many martyrs fell for this flag, and it cannot be accepted to take it down" in a town on the outskirts of the road to the city of Nablus, which is used by settlers alongside Palestinians.

At the funeral of Al Jazeera journalist Shirin Abu Aqil, who was killed during an Israeli military operation in the Jenin camp in the West Bank, Israeli police attacked mourners for forcing them to remove a flag that had been wrapped in the casket. Footage of Israeli police striking the pallbearers who nearly fell to the ground and pursuing the crowds of mourners who flew Palestinian flags went viral.

The police crackdown on flags was described as an attempt by Israel's far right to "invent provocations where there are no provocations".

We have 247 guests and no members online