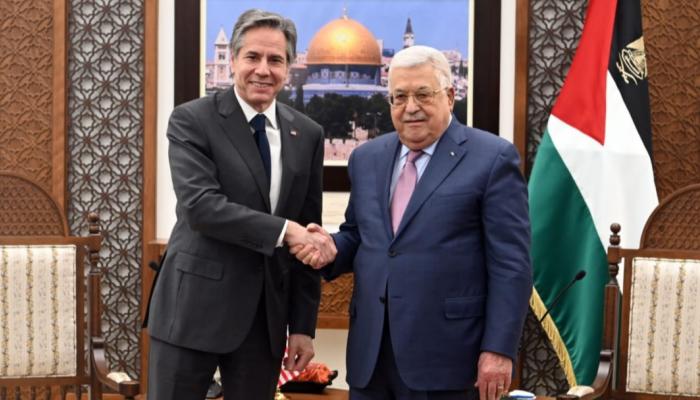 Palestinian President Mahmoud Abbas stressed to U.S. Secretary of State Anthony Blinken the need to confront Israel's escalation in the occupied territories, especially Jerusalem and the bank, in the light of the American silence accompanied by international failure of all Palestinian claims.

Abbas said the Authority would take action to counter Israel's continued escalation against the Palestinian people in Jerusalem and its Islamic and Christian sanctities.

Abbas added that the current situation could not be silenced, with a lack of political horizon and international protection for Palestinians, Israel's disavowal of its international obligations and resolutions of international legitimacy, and continued attacks on the Al-Aqsa Mosque from groups of settler extremists.

The US Secretary of State reiterated his administration's commitment to a two-state solution, halt settlement expansion, maintain the status quo, stop expelling Palestinians from Jerusalem neighbourhoods and commit to reopening the US consulate in Jerusalem.

We have 219 guests and no members online