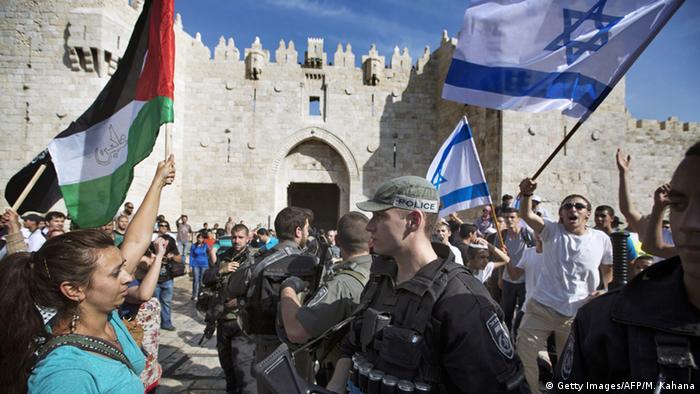 Following the annual "March of Flags" organized by Jewish nationalists in conjunction with the anniversary of Israel's occupation of the Palestinian part of the city in 1967, East Jerusalem on Sunday witnessed confrontations between Palestinians and Israelis at various points, especially in the vicinity of the Al-Aqsa Mosque, while Palestinian factions warned against "The storming of Al-Aqsa Mosque" by the participants in the march, stressing that "This scheme will serve as a powder barrel that will explode and ignite the entire area."

The march is held annually on Jerusalem Day, on which Israel commemorates the "unification of Jerusalem", which occupied the eastern part of it during the Six-Day War in 1967, and then annexed it in a step not recognized by the international community.

After a meeting held on Thursday, Palestinian factions called on "the Palestinian people in Jerusalem, the bank and the occupied interior to rally in the courtyards of the Al-Aqsa Mosque", and on Sunday was designated as "a national day for the defence of Al-Aqsa and the public exile", speaking of "plans for settlers to break into Al-Aqsa."

Israeli police said they deployed 3,000 personnel to keep pace with the "Jerusalem Day" march, which will begin at 4 p.m. local time (13.00 TG).

This comes as Israeli Prime Minister Naftali Bennett declared that the march would be "on course, as it has been for decades", that is, through the Old City, but without entering Al-Aqsa Square.

Yediot Ahronot considered the march a "personal test, a test of character" of Bennett compared to his predecessor, Benjamin Netanyahu, who was at the Government's helm last year.

We have 155 guests and no members online