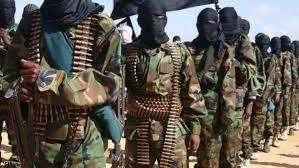 Taking advantage of Russia's preoccupation with the Ukraine war, and in a worrying indication of the return of terrorist group activity, ISIS operations in central Syria escalated during March

The CEP report stated on April 4 that the organization carried out 17 confirmed attacks last March, killing at least 25 fighters of pro-Syrian government groups and one civilian, and wounding at least 28 others in Homs, Deir ez-Zor, Raqqa, Aleppo and Hama governorates.

According to the same report, ISIL cells "appear to be closely monitoring the movements of government forces along the Palmyra-Boukamal highway, in search of possible targets, as well as to be active along the Com- Jabal Hashri front in south-Raqqa and north-east Homs."

While the second highest figure in a month since May 2021, ISIS carried out 5 high-quality operations across 3 governorates in March, indicating a more aggressive attitude, and one of the reasons for the escalation can be attributed to ISIS's successful positioning in the Syrian Badia, according to CEP.

ISIL continues to maintain secure enclaves to assist it in harbouring its personnel and storing its supplies, proceeding from them to cities targeted by the attacks, and from these safe enclaves, where ISIL level 1 commanders are located, areas under Turkish control in Afrin, Idlib, Ras al-Ayn and Tal Abyad "

These areas have camps of 11,000 ISIS detainees, and more than 60,000 families, children and women of the Dons, which some countries of nationality refuse to receive.

We have 271 guests and no members online