The spokesman for the Arab Coalition: "I am pleased to announce the launching of the process of freedom for Yemen" 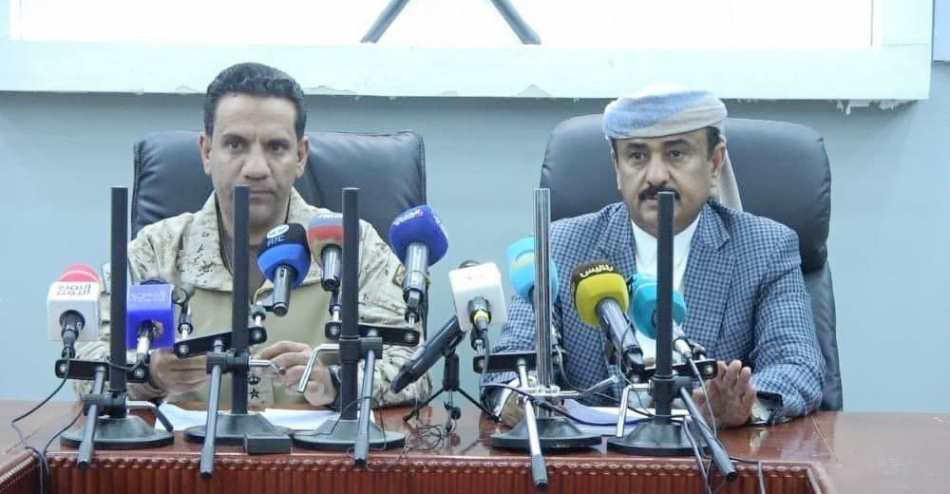 After the liberation of Shabwa province from the Houthi coup militias, the Arab Coalition in Support of Legitimacy in Yemen announced, Tuesday, the launch of Operation "Freedom of the Happy Yemen" in all axes and fronts.

At a press conference in Shabwa province, the spokesman for the Arab coalition, Brigadier General Turki al-Maliki, said, "I am pleased to announce the launching of the Operation for Freedom of Al-Sayed Yemen."

Al-Maliki added, "This operation is not a military operation in the military term, namely, war, but rather to move Yemen into development and prosperity.

The process was a crucial stage for Yemen to move, once its soil was cleared, to development and prosperity.

He also thanked the Yemeni forces and the giant brigades for their work in liberating the province. He added that many sacrifices had been made by the people of the province to free them from the Houthi.

Awlaf Al - Awlaki, the Governor of Shabwa, participated in the press conference, expressing his thanks to the political leadership in his country, to the Saudi - led Arab coalition and to the United Arab Emirates and to the leadership of the giant brigades.

He considered that defeating the Houthi militias from the province "a great day will be carved into history with letters of gold," confirming the liberation of the entire territory of the province from elements of the coup militias.

The Arab Alliance had been a true partner in achieving those victories.

Brigadier General Turki Al Maliki had earlier arrived in Shabwa province, hours after the Giants Brigades announced the liberation of all Shabwa directorates from the Houthi coup militias.

We have 39 guests and no members online