Saudi Arabia... Opening of the headquarters of the Gulf Unified Military Command in Riyadh 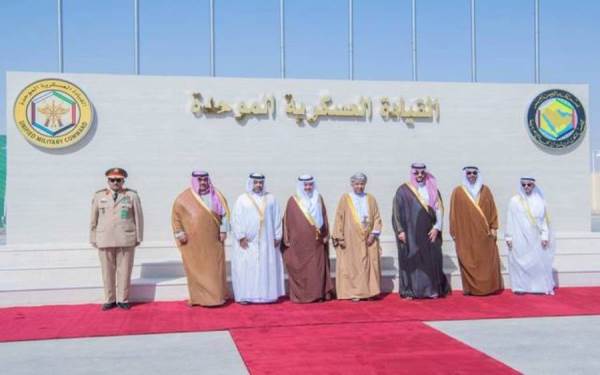 Council, and Ministers of Defence of the States of the Congo, the Secretariat of the Gulf Cooperation Council, the new headquarters of the Unified Military Command was opened in Riyadh.

The Council noted the role of the leaders of the GCC States, their continued support and their constant concern to protect and safeguard the progress of the Cooperation Council in all areas in the service of the security of citizens.

He drew attention to the role of the Saudi leadership and its efforts in hosting the Joint Military Command Headquarters by the Kingdom. The opening of the Joint Military Command was one of the most visible military gains in the course of the Cooperation Council, a message of peace for the future and a message of determination to protect the security of the States of the Cooperation Council.

We have 493 guests and no members online