Lavrov: At Lebanon's request, we delivered satellite images of the Beirut port explosion 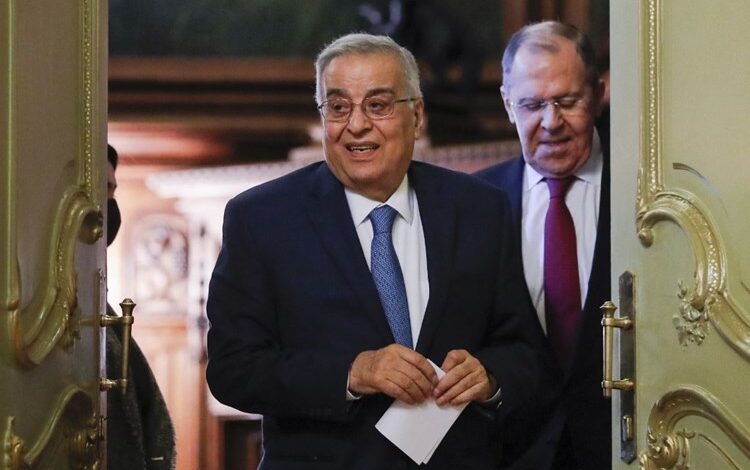 In a press conference with his Lebanese counterpart, Russian Foreign Minister Sergei Lavrov said that "Russia has handed over to Lebanon images taken by satellites related to the bombing of the port of Beirut."

He added: "At the request of the Lebanese Government, we have today delivered space and satellite images prepared by Roscosmos, which we hope will help investigate the causes of the explosion."

Lavrov added: "We have considered the possibility of two Russian economic actors participating in the rehabilitation of infrastructure destroyed as a result of the bombings in Beirut port on 4 August 2020."

Lebanese Foreign Minister Abdullah Beau Habib said: "Lavrov has been discussed on a range of regional and bilateral issues."

For his part, Lebanese Foreign Minister Abdullah Beau Habib explained: "We welcomed the Russian role in reaching out to regional partners to reduce tensions in Syria."

Beau Habib added: "There is no disagreement between the Russian and Lebanese positions on the return of Syrian refugees, but there is disagreement with the Western position."

He went on: "We have looked at ways to operationalize bilateral agreements, addressed domestic economic and political challenges and presented the most important steps we are taking."

Beau Habib said: "There are many issues between us and Saudi Arabia and the Gulf that can only be resolved through dialogue."

Beau Habib said: "There is a kind of permanent consultation with the Gulf States until we reach a dialogue."

As Beau Habib added: "We agreed on proposals by American officials regarding the border with Israel, and we are adamant that 86 km of our right will not be waived."

It should be noted that on Tuesday, 4 August 2020, a major explosion rocked the port of the Lebanese capital Beirut, causing more than 60 casualties and more than 3,000 injuries.

The explosion in Amber No. 12 at the port of Beirut caused it to burn because of the explosives inside it, caused injuries and damaged homes and cars.

We have 528 guests and no members online