Shoukry: Egypt's "firm" position on supporting the security and stability of the Gulf States 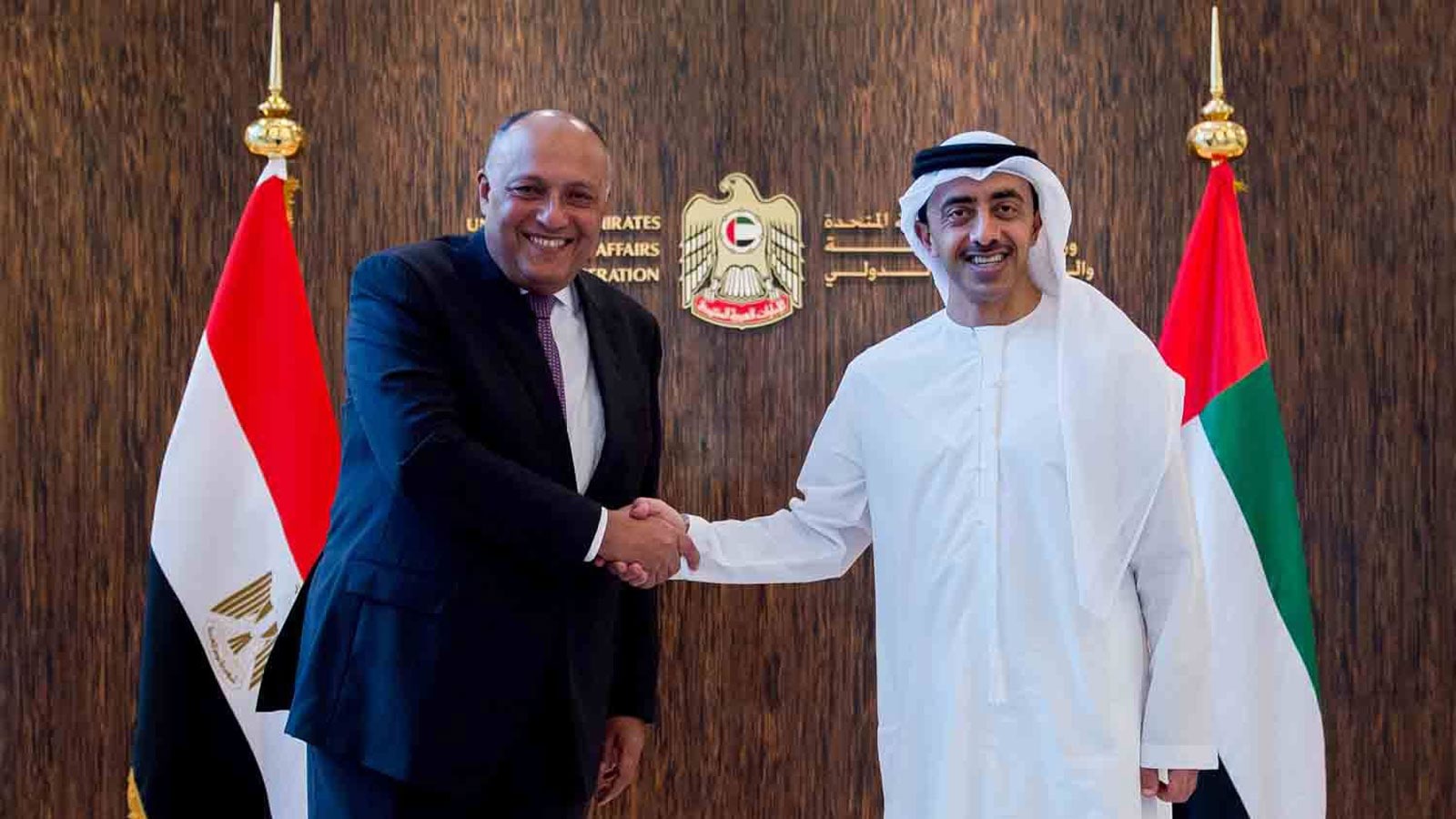 The statement added that my thanks confirmed "the depth and roots of the strategic relations between the two fraternal countries, and expressed the importance of continuing to work during the next phase to strengthen areas of economic and trade cooperation, particularly in attracting greater investment."

The Emirati to the Egyptian market, especially in the light of the outstanding performance indicators of the Egyptian economy and Egypt's preferential investment environment, as well as the large national projects currently being implemented in various areas. "

The statement also noted that the Ministers addressed developments in the Arab arena, particularly in Libya, Syria, Yemen and the Sudan. The Ministers also discussed ways to strengthen the pillars of Arab national security in the face of the growing challenges of the regional and international environment and the need to intensify joint cooperation and coordination between the two fraternal countries.

We have 458 guests and no members online