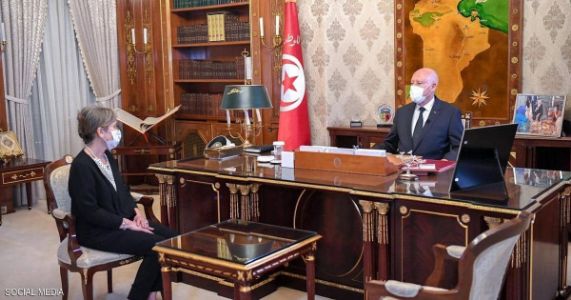 According to a statement issued by the Tunisian presidency. President Saeed of Tunisia, Ms. Najla Bouden Ramadan, commissioned Najla Bouden to do so as soon as possible.

Saeed asserted that "there are honest people who work day and night, but who, unlike these people, are working to topple the State."

The Tunisian President told Boden: "For God's sake, we have wasted a lot of time, and we must act quickly, and I hope that the team you choose will be homogeneous, working against corruption, and then responding to the demands of ians for their natural rights."

Saeed stressed that the appointment of Boden was an honour for Tunisia and a tribute to Tunisian women, to women who could lead, and who had the same ability to succeed as men.

Njala Bouden Ramadan, born 1958, is a professor of higher education at the National School of Engineers of Tunisia, a geologist, who is currently working on a plan to implement the programmes of the World Bank at the Ministry of Higher Education and Scientific Research.