Israeli Prime Minister: Decides on the escape of prisoners from Gilbat prison 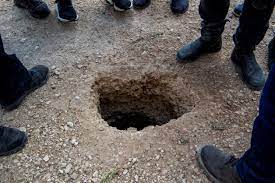 The Israeli Prime Minister, Naftali Bennett, today decided to form a State Commission of Inquiry into the escape of the six Palestinian prisoners from Gilba prison last Monday.

In the same vein, the Israeli Minister of Internal Security, Amir Barlev, said that a Government commission of inquiry would be set up, in coordination with the Prime Minister, in the incident of the escape from Gilba prison, headed by a retired judge to discuss and discuss intelligence and security failures, which had contributed to the escape of Palestinian security prisoners from Gilba prison.

According to the International Committee of the Red Cross (ICRC), the Israeli authorities cancelled the visit of Palestinian prisoners this September, against the backdrop of the escape of six prisoners from Gilba prison last Monday and the tension in prisons.

The Committee's spokeswoman, Sahir Zakut, told a news agency that the Israeli side had informed them that next week's planned visits to prisoners' families in the West Bank and Gaza Strip, on the second, third and 14th, would be suspended.

In the same vein, the Chairman of the Committee on Internal Security, Knesset member Mairav Ben Ari, said that she had decided to set up a secret subcommittee to investigate the escape of the six Palestinian prisoners and that it was "intended first and foremost to oversee the Prison Service."