Al-Assoumi, Speaker of the Arab Parliament, calls for an international move to stop violations of Houthi militias 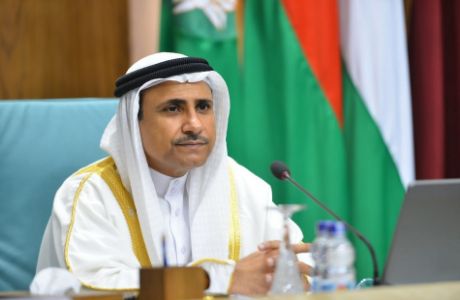 The President of the Arab Parliament, Adel bin Abd al - Rahman al - Assoumi, condemned the launch by the Houthi militia of drones in a systematic and deliberate manner to target civilian objects in the eastern region, Najran and Jazan, Saudi Arabia, which were successfully intercepted and destroyed by forces of the Saudi - led coalition supporting legitimacy.

In the same vein, the Speaker of the Arab Parliament warned against the continuation of cowardly terrorist acts against the Houthi militia, which reflect their determination to continue their vicious attacks against Saudi Arabia. "war crimes," rejecting calls for an end to the war in Yemen and for a peaceful solution to end the suffering of the Yemeni people, calling on the international community to act urgently and decisively against crimes and violations against humanity committed by terrorist Houthi militias backed by the Iranian regime and to hold the perpetrators accountable.