Tunisian Party: President Qais Saeed's actions have exposed a fall in the political system and call for a shift to the "presidential system" 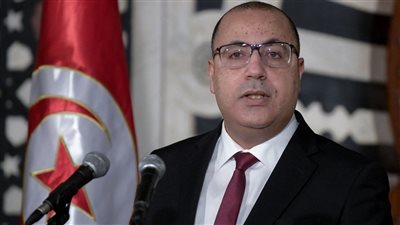 By the president of the party, Ahmed Al - Shabi, the Tunisian "Amal" party called for a change in the shape of the political system in the country, to become presidential, by organizing a popular referendum.

According to Ahmed Al - Shabi, who said in press statements that President Qais Saeed's actions had exposed a fall in the political system, represented by parties and the Al - Nahda Al - Jawwani movement.

He criticized the renaissance, which he considered to be a source of tension in the country, asserting that it had done nothing for ians.

The core of the problem in Tunisia was the sharing of executive power, only to be resolved by becoming a presidential system, through the popular referendum amending the Constitution.

It should be noted that this is not the first call, with votes in Tunisia in this regard, even before President Saeed took action in which the head of government, Hisham Musheshi, was sacked and the work of Parliament was frozen late last July, in an effort to break out of the country's crisis.

Last June, Tunisia's political parties, associations and personalities announced the formation of a so - called "referendum front," which calls for a popular referendum to change the country's political system.

The political system in Tunisia is mixed, in accordance with the 2014 Constitution, in which the executive branch is divided between the President of the Republic and the Head of Government. This led to a balance to prevent a recurrence of the situation prior to the uprising of Zine El ine Ben Ali in 2011, in which the President had broad powers.

However, rather than solving another problem of creation, Tunisia has been experiencing a political crisis since the beginning of the current year that has affected the Government's work, owing to differences between President Said and his head of Government, Hisham Musheshi, on the ministerial amendment.

There appeared to be two heads of executive power in Tunisia, threatening political stability in the country.

The Tunisian President said earlier that the current political system and the method of voting had only divided and disrupted the functioning of the State.

According to Tunisia's political system,  ians elect their President directly every five years, while the parliamentary majority can choose the Prime Minister and members of his Government.