On the anniversary of the port explosion... Sisi sends a message to the Lebanese people and France seeking to collect urgent humanitarian assistance 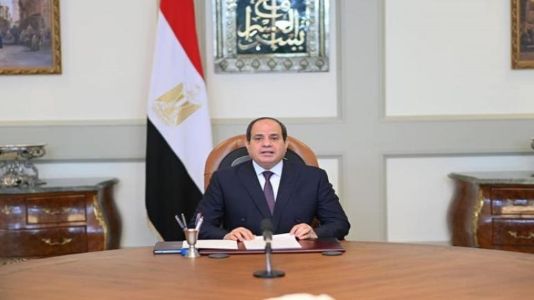 In conjunction with the first anniversary of the Beirut seaport explosion, Egyptian President Abdel Fattah al - Sisi confirmed that the Lebanese people are still able to rise from the current pent - up.

In a speech to the Lebanese people during the video conference in support of Lebanon, Sisi added that "the Lebanese are able to return again to be as prosperous and unique as we would like to see them."

Sisi noted that "Lebanon has always been a beacon of culture, art and thought, and an important tributary of Arab creativity."

The Egyptian President stressed: "Egypt's hands are extended to the international community to join hands and harness all our potential to support Lebanon and to build a better future for its people."

French President Emmanuel Macron had earlier opened a virtual international conference in support of Lebanon, which was under severe political, economic and financial crises.

Through the conference, which coincides with the first anniversary of the Beirut port explosion, Paris is seeking to raise $350 million in urgent humanitarian assistance to respond to the needs of the Lebanese.

It should be noted that the Conference is the third organized by France and the United Nations to provide humanitarian assistance, since the devastating port explosion on August 4, 2020, killed more than 200 people and destroyed large parts of the capital.

Egypt has shown increasing interest in the Lebanese file, expressing its support for the restoration of stability in the country as a prelude to the current challenges.

Cairo said it was trying to help Beirut emerge from the current crisis, whose solution was beginning to accelerate the formation of a new Government.

Just days ago, Najib Mikati announced his acceptance of the formation of a new Government, replacing the Business Management Government led by Hassan Diab, the post following the port explosion.