Iraq... Capture of the Hashemite killer, his job and motive for the assassination 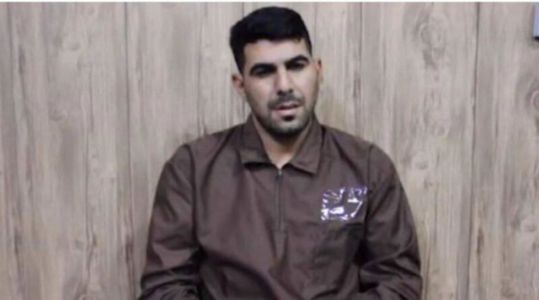 The Iraqi Prime Minister, Mustafa Kazemi, announced the arrest of the murderer Ahmed Ayed Alkanani, his side of origin and his job, and the motive behind the assassination of prominent security seeker Hisham al - Hashemi.

The Kanani came as a surprise when he was declared an officer of the Ministry of the Interior, with the rank of Lieutenant-General, which provoked widespread public outrage, as security associates had the job of protecting people's lives and not killing them, as they had tweeted.

In the details of the canon's life, he was affiliated with the military service in 2007, as mentioned in his confessions, and placed in posts, leading up to the last rank of "lieutenant," a Kanana clan.

Iraqi activists have posted part of his publications on social media. He was found to be close to armed groups. On more than one occasion, he paid tribute to the militias.

He puts together the image of Abu Mehdi Al-Muhandes, the vice president of the popular crowd, who was killed along with Iranian General Qasim Salimani in Baghdad early January 2020.

According to a security source, the Kanani was associated with the Iraqi Hezbollah Corps, an armed pro - Iran militia in Iraq that the Hashemite was critical of in his writing and comments on the media.

Immediately following the assassination of the Hashemi, Iraqi activists accused the battalions of involvement in the crime, especially if they received previous threats, from Mr. Abu Ali Al-Marya, spokesman for the battalions.

During the broadcast of the confessions of the Kanani, the security statement said that he "belonged to a paranormal group."

In turn, on Friday evening, the Kananah tribe declared its acquittal from the canon killer. Tribal leader Adnan Aldenbos asserted that "In my personal name and on behalf of the Kananah tribe, sacrifices, heroes and national positions throughout history and times, we proclaim innocence and condemn and denounce this act of the murderer named Ahmed Hamdawi Awed Mahaj, convicted who has been convicted."

He added: We call upon the executive and judicial authorities to impose the most severe penalties and retribution on this criminal, on those who plan the people and on the place where he committed the heinous crime.

For his part, Yahya Rasoul, spokesman for the Commander-in-Chief of the Armed Forces, Mustafa Kazemi, lamented the fact that the Hashemite killer was affiliated with the security forces and noted that his "sentence would be severe as a military officer."