How will Egypt enforce the Separation of Brothers Employees Act? After parliamentary approval 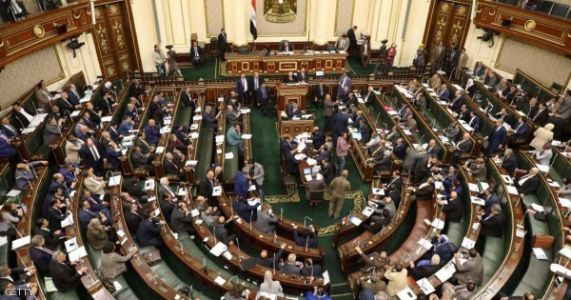 The Egyptian Chamber of Deputies has finally approved a draft law submitted by 10 members aimed at separating employees belonging to the organization of brothers and terrorist elements from the State administration.

The source confirmed that Egypt is "purging employees to remove members of terrorist organizations from executive functions and important positions within the State sector," after a group of such officials was found to be involved in the implementation of certain schemes designed to harm the State in favour of the organizational agenda.

He explained that "the purification of State institutions from fraternity cells is complex and not easy, as most of them do not clearly declare their affiliation," noting that "the law will determine the mechanisms for dealing with each case and indicate the extent to which they are involved in acts that threaten the stability of the country, in which case they must be dismissed from office and tried, while in some cases the official will be simply removed from executive positions and placed under surveillance."

The source asserted that the Government "will not tolerate any action that threatens the stability of the country," noting that "the official or official of the Government office has the role of implementing and serving the objectives of the State. Belonging to the organization and acting in its own interest is a betrayal of the country and must be held accountable by law. "

On the other hand, an Egyptian judicial source, who preferred not to be named, asserted that the law was fully consistent with the principles of the Egyptian Constitution, stating that it was "aimed at maintaining Egyptian national security, combating corruption and promoting the values of integrity and transparency in order to ensure the proper functioning of public office and the preservation of public money."

Article 237 of the Egyptian Constitution stipulates that: "The State is under an obligation to confront terrorism in all its forms and manifestations and to trace its sources of financing in accordance with a specific timetable, as a threat to the nation and to citizens, while guaranteeing public rights and freedoms."

The source added that "the law is aimed at enabling the administrative apparatus and State bodies to fulfil their legally mandated role, in response to the requirements of the State and society for administrative reform, which are essentially and primarily aimed at providing the best service of the highest quality to the Egyptian citizen."

He asserted that "the law gives the official the full right to sue to deny the charge of belonging to a terrorist organization, as well as the right to receive full financial benefits."

Article 1 of the draft law provides that "without prejudice to the constitutional guarantees established for certain groups in the face of dismissal from employment, the provisions of this law shall apply to employees of State administrative units, such as ministries, interests, State agencies, non-local administrative units, public bodies and other organs that are especially balanced, employees who are regulated by private laws or regulations, employees of public sector companies and public business companies."

Early last May, the Egyptian Minister of Transport, Kamel Muhammad, during a plenary session of the House of Representatives, demanded that a law should be enacted to hold those who organize the Brotherhood of State officials accountable.

The Minister said that the Ministry of Transport had some 162 employees from the Terrorist Brotherhood organization working in the railway sector, stressing the importance of amending the Civil Service Act to separate certain groups who "threaten to work in the facility and pose a threat to the safety of citizens."

Egypt has been a terrorist organization of the brothers since 2013, months after the ouster of former President Mohamed Morsi following massive popular protests.