Minister for Foreign Affairs of Libya: We live in a new reality and the Government's priorities are the imposition of sovereignty, the removal of mercenaries and national reconciliation. 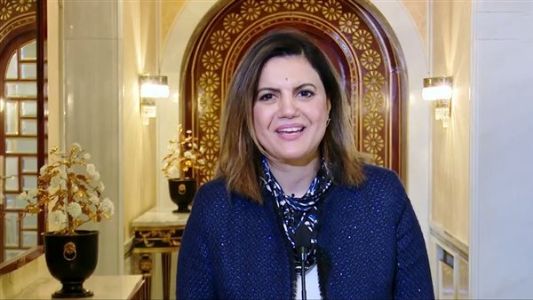 During its participation in the special consultative meeting of the League of Arab States at the ministerial level in the Qatari capital, Doha. The Minister for Foreign Affairs and International Cooperation of Libya, Njala Al-Munqashq, said that her country was living in a new reality through a unified executive authority that assumed its responsibilities throughout the country.

In her statement, the Minister stressed that the Authority in Libya assumed its responsibilities throughout the country in promoting peace, resolving differences through dialogue and preparing for the upcoming elections.

The Minister also noted that "The path of the settlement faces significant challenges, but the State of Libya is determined to move vigorously to implement the road map and get Libya to safety."

It continued that the priorities of the Government of National Unity based on the road map for the preliminary phase "are the imposition of national sovereignty over all Libyan territory, the removal of all foreign forces and mercenaries from Libyan territory and the achievement of national reconciliation."

The Minister explained the Libyan vision to address the Libyan issue of the Libya Stabilization Initiative, which is based on the full implementation of the ceasefire and the establishment of a clear and practical timetable for the exit of mercenaries and foreign forces from Libya, along with the opening of the coastal road and the unification of the military and other sovereign institutions.

She stressed the need to enact the necessary legislation to implement the road map and to establish a clear mechanism to put pressure on the obstacles to the road map and international resolutions.