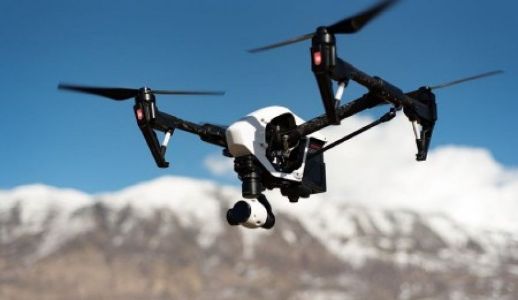 Following the appearance of non - domestic marching planes, they appeared in different places in the sky of Gaza City. Palestinian factions in the Gaza Strip,  opened fire against them.

Footage captured by citizens' lenses in the Gaza Strip has spread, showing a number of aircraft marching in the sky of the Strip, particularly in the sky of Gaza City.

It is reported that Palestinian armed factions fired heavily against marching aircraft, two of which were reportedly shot down by local sources in the area of Al-Shajaiya and Al-Saftawi in Gaza City.

These aircraft are used primarily for photographic purposes, but the intelligence and military began using them on the ground with offensive capabilities as well, owing to their concealment capabilities, and were used extensively to gas demonstrators during return marches.

Unlike the usual marching aircraft, the Kwadhala hovercraft add a threat to the armed factions in the Strip, particularly as they bring multiple types and tasks, including suicide and reconnaissance, and have been used by Israeli intelligence to put money into the agents.

It should be noted that a ceasefire between Israel and the Islamic resistance movement Hamas began on Friday morning, 20 May, after an 11-day military escalation.

The spark of escalating incidents of clashes between Israeli forces and Palestinians was triggered by incursions and closures of the Al-Aqsa Mosque in occupied East Jerusalem last Ramadan.

In addition, Israeli attempts have been made to deport Palestinian families from their homes in the Sheikh Jarrah neighbourhood of occupied East Jerusalem, in a move denounced by the international community as contrary to international law.