To succeed Raufin Rivlin. The Knesset elects Isaac Herzog as President of Israel 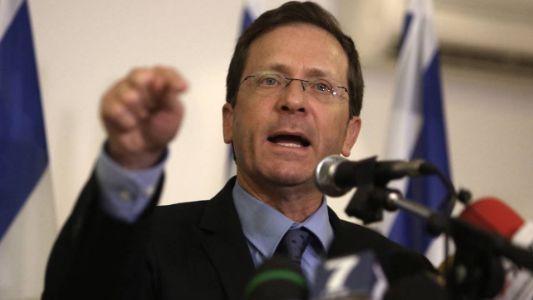 Today, the Israeli Broadcasting Authority announced that the Knesset had elected Isaac Herzog as President of Israel to succeed Raufin Rivlin.

Isaac Herzog won a majority vote of the "Knesset" members of the Israeli Parliament, having received the support of 87 of the 120 Knesset members.

The former leader of the Labour Party, the head of the Jewish Agency, Isaac Herzog, and the Israeli Award-winning social activist and educator, Miriam Peretz, competed for the post.

Polling started at 11 a.m. local time at a private meeting of the Knesset.

A secret ballot was cast by 120 deputies to elect the eleventh President of Israel, who will take office on 9 July.

In Israel, the position of President is considered political within the parliamentary system, but his office is written and symbolic, expressing the unity of the people and enjoying the powers provided for in a basic law entitled "Head of State."