El Sisi: We are making a great effort to stabilize the calm in Gaza. The Palestinian divide must end and unite under the umbrella of the Palestine Liberation Organization. 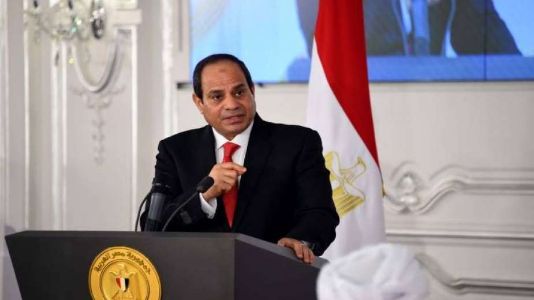 Egyptian President Abdel Fattah al - Sisi stressed that his country was making a great effort to consolidate the ceasefire in Gaza, stressing the need to end the Palestinian divide and unite under the umbrella of the Palestine Liberation Organization.

In statements conveyed by the head of the Egyptian intelligence service, Major General Abbas Kamel, during his visit Monday to Gaza and his meeting with Palestinian faction leaders in the Strip, Sisi said: "Egypt is making a major effort to consolidate the calm and to make it possible to return to the peace process in cooperation with international Powers, including the United States, calling on all regional and international Powers to support Egypt's reconstruction efforts in the Gaza Strip."

Sisi stressed "the need to unite the Palestinian internal front under the umbrella of the Liberation Organization," stressing "full Egyptian support for the Palestinian people and their leaders," and noting that "Egypt is committed to achieving Palestinian reconciliation as soon as possible."

The Egyptian President referred to the "importance of ending the Palestinian divide," stressing "the need to deliver humanitarian assistance to the citizens of the Gaza Strip."

Egypt is leading the mediation efforts to calm between Palestinians and Israelis, which resulted in a ceasefire agreement between the parties and put an end to a sharp escalation of their conflict earlier in May, the most dangerous since 2014.

It should be noted that the head of the Egyptian Intelligence Service discussed with the Prime Minister of Israel, Benjamin Netanyahu, in Jerusalem the latest developments around the Gaza Strip.

We have 551 guests and no members online