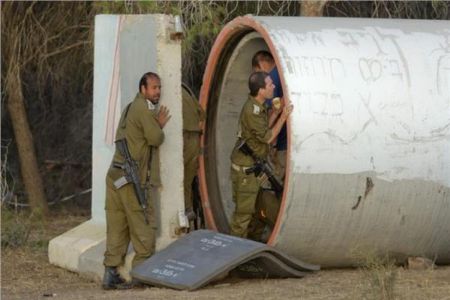 After four rockets were fired from the southern Lebanese region at Israel earlier today. The Israeli authorities announced the opening of shelters in Haifa, Akka and a number of Northern Front cities.

"After four rockets were fired from Lebanon towards Galilee and Kriot (Haifa), a number of authorities in the north announced the opening of public shelters, including in Haifa, Kiryat Mutskin, Kiryat Bialik, Akka and Rishassim."

According to the Israeli newspaper, "shelling from the Gaza Strip against the southern settlements continues."

Israeli army spokesman Avekhai Adraj declared that " rockets were fired from inside Lebanon towards Israel where air defenses intercepted one rocket while another landed in an open area and two in the sea," asserting that "in response, the Defence Army artillery bombed several targets inside Lebanese territory."

UNIFIL also announced that Mission Commander Stefano Del Cole was in contact with the Lebanese and Israeli sides to urge them to exercise maximum restraint at this critical time.

"The fire stopped and our troops are on the ground with the Lebanese Armed Forces to assess the situation," she said.