Israel.. The strikes "will not stop until they achieve their objectives," and their intelligence threatens to cut off electricity from Gaza. 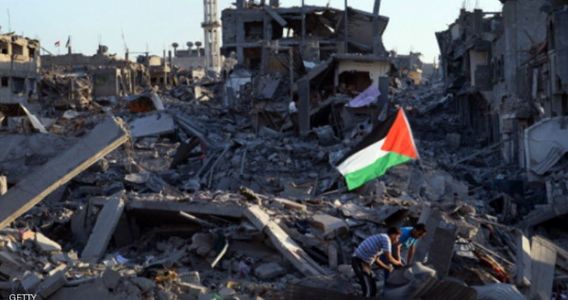 While the military escalation that killed 212 people in the Strip, including 61 children, has continued since the beginning of the military campaign, the Israeli Minister of Intelligence, Eli Cohen, threatened to cut off electricity from the Gaza Strip,

The Israeli Minister of Intelligence is waving power off Gaza, after international calls to calm the situation and Israel's determination to continue the military campaign failed.

For his part, Israeli Prime Minister Benjamin Netanyahu said that the military operation in the Gaza Strip would take "a few more days," stressing that Hamas had "received strikes that it did not expect and many years back."

Israeli Defence Minister Benny Gants also revealed that the Israeli strikes "will not stop until they achieve their objectives," noting that the fighting will continue until "there is full and long-lasting calm."

Meanwhile, the Israeli Chief of Staff, Afif Kojave, during his meeting with the mayors in the Gaza cover, said that the fighting would continue for at least 48 hours.

As the Israeli military operation on the Gaza Strip enters its eighth day, families in the Gaza Strip suffer from numerous crises, including the smashing of water and sewage pipes, as well as power outages in most areas of Gaza.

The Hadidi family's home in Gaza reflects the tragedy caused by the Israeli raids, after the mother and her four sons were lost in a surprise raid.

Those who have so far been handed over from Israeli bombardment live on the roar of unshakeable fighters, given Israel's determination to continue its military campaign.

Israeli shelling destroyed water and sewage pipes in a number of homes and destroyed power lines, which reached Gaza for only two hours a day.

On the other hand, UNRWA opened schools for hundreds of families displaced by the bombing.

We have 191 guests and no members online