Egypt: The Ministry of Antiquities is successfully recovering two artifacts 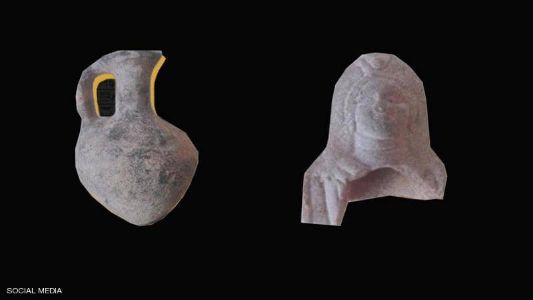 Shaban Abdel Jawad, General Superintendent of the Department of Recovered Antiquities, announced that Egypt had succeeded in recovering two antiquities from Italy belonging to Greek and Roman antiquities.

The general superintendent of the Recovered Antiquities Department said that the theft of these recovered artifacts from Italy occurred during the period of insecurity following the revolution of 25 January 2011.

He noted that the return of Egyptian artifacts came in cooperation between the Directorate-General of Antiquities of the Ministry of Tourism and Antiquities, the Office of the Assistant Secretary of State for Cultural Relations and the Egyptian Embassy in Rome.

Emphasizing that the main reason for the recovery of Egyptian artifacts was the Convention on the Recovery of Smuggled Monuments signed by the two countries in 2008.

We have 188 guests and no members online