King of Jordan: What happened in the last few days was the most painful challenge. 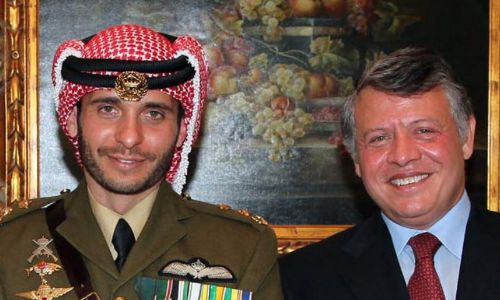 In his letter, King Abdullah II said that "The sedition and Prince Hamza were found today with his family in his palace under my care and he committed himself to the approach of parents and grandparents," noting that he had decided to "deal with the prince within the Hashemite family and entrusted this path to his uncle Prince Hassan bin Talal."

"We face these challenges, as we have always done, united by one in the larger Jordanian family," he added, stressing that "what has happened in the past few days has been the most painful challenge, with the protagonists from within and outside our one house."

The Jordanian sovereign continued: "Nothing comes close to the shock and pain I felt as brother and Koli commanded the Hashemite family," asserting that "his primary responsibility is to serve Jordan and protect its people, its constitution and its laws."

The Kingdom of Jordan has been shaken by a "conspiracy." The authorities have said that it targeted the stability and security of the country. The President is accused of being Prince Hamza, the half - brother of King Abdullah II, and those close to him. Western and Arab States expressed their support for the Hashemite Kingdom in these circumstances.