AL ASD: We're fighting an economic war as bad as a military war. Will is the most important factor. 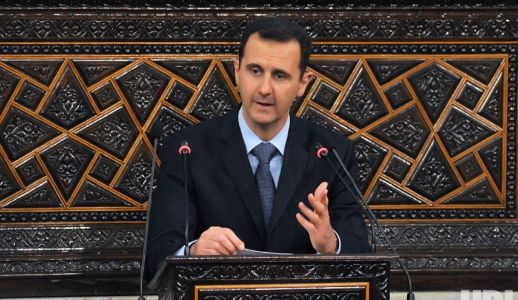 In his address to the government, Syrian President Bashar al - Assad considered that his country and his government were facing an economic war, no less violent than the military war they had fought, and that the high prices of materials and exchange rates in the country were a battle.

"The exchange rate is a battle and we have been able to achieve previously unfulfilled achievements, which may have to do with circumstances and many factors, but the most important factor in this case is will," Assad said.

He added, "Since it's a war, it's not a battle, we won some battles, and two days ago the enemy started pumping and they won some fights before noon, and we won some battles in the afternoon, and in these cases it's wrong for any official or citizen to think that this is a procedural topic, the subject is broader than that, there are speculators and there are beneficiaries on one side, but there is a battle that leads from outside and the enemies in this battle become obvious.

The Syrian President continued, "Citizens must be made aware of what happens to the exchange rate. It is no less important than the military battle for the stability of the country, like war, like food security, as many other factors must be treated as a battle. If a citizen does not stand with State institutions in this war, institutions will lose whatever action we take."