Erdogan after the explosion of the famous Taksim Square: terrorism will not reach its goal and threatens the perpetrators 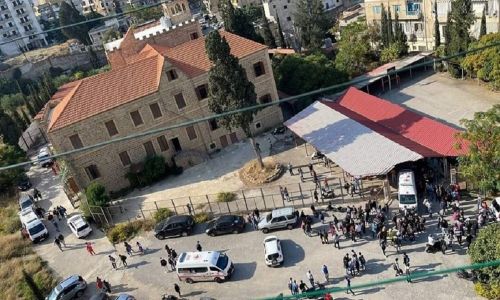 At about 4:20 pm (13: 20 GMT), the Turkish city of Istanbul witnessed, on Sunday, an explosion on Istiklal Street, near the famous Taksim Square, resulting in a number of dead and injured.

The governor of Istanbul, Ali Yerlikaya, wrote on Twitter that the reasons for the explosion are not yet clear.

A video posted on the internet showed flames exploding and a loud sound, while passers-by turned and ran away.

Other footage showed ambulances, fire trucks and police at the scene, while social media users said shops were closed and the street was closed.

Further details of the incident were not immediately available, while Turkey had witnessed several deadly bombings between 2015 and 2017.

Turkish President Recep Tayyip Erdogan vowed on Sunday evening to reveal the perpetrators of the attack that took place in the center of Istanbul, saying that terrorism will not reach its goal.

Erdogan revealed the toll of the bombing, which took place on one side of Istiklal street crowded with tourists, saying that it reached six dead and 53 injured.

The Turkish president described the "heinous" attack, stressing the pursuit of terrorism, while the authorities called on those in the vicinity of the place not to leave homes and shops.

Erdogan pointed out that the Istanbul attack was carried out with a bomb, while the prosecutor general of the city has launched an investigation to find out the circumstances of the bombing.

The Turkish president said that preliminary investigations indicate a possible role of a woman in the attack in Istanbul.

"Let our people be confident that the Bombers will receive the punishment they deserve,"Erdogan said.

Meanwhile, a security camera installed on Istiklal Street in the Taksim district of central Istanbul showed the moment of the explosion.

The video shows that the explosion occurred on one side of the street, while passers-by were walking on the commercial sidewalk in the area full of restaurants and shops.

We have 187 guests and no members online