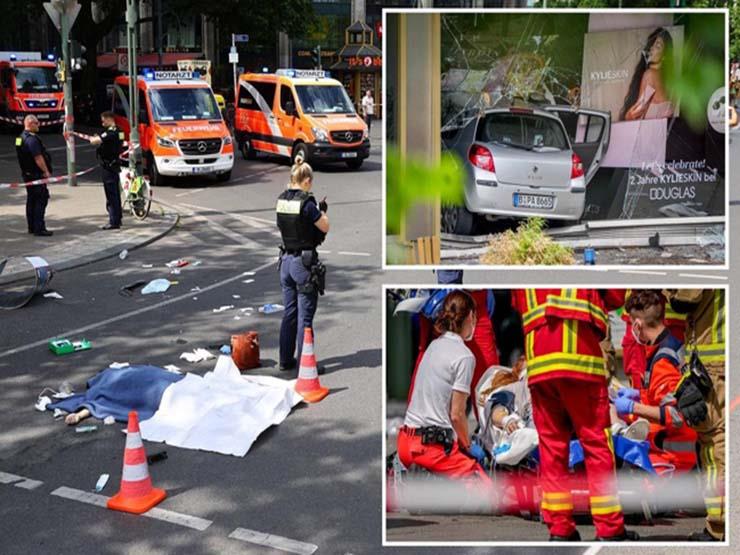 After the suspect was arrested, the details of the raid in the heart of the German capital Berlin began to be revealed on Wednesday, so far, according to media reports, that it was deliberate.

Referring to the driver of the Renault, who ran over a number of passers-by, killing one person and injuring 30 others, the German newspaper Bild quoted an investigator as saying: "This was in no way an accident, it was a person in a rampage, a cold killer."

The Berlin police indicated that a 29-year-old man, believed to be the driver with German and Armenian nationality, was driving the car. The Bild newspaper quoted eyewitnesses as saying that the man had initially escaped and was then arrested and handed over to the police.

This happened at about 10:30 a.m. in Ranksharasa, near the main shopping area of Breitscheidplatz, which was the scene of an attack on the 2016 Christmas market, where 11 people were killed.

The victim was found to be a teacher on the street with a group of her pupils, while 30 others were injured in the incident, the site was overcrowded with large numbers of police and ambulance vehicles, as well as a helicopter to assist the injured.

We have 316 guests and no members online