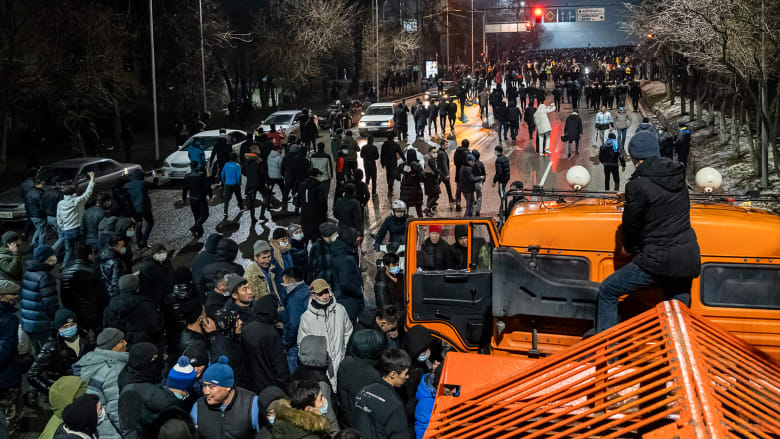 In an attempt, apparently, to calm the angry street of the decision to raise gas prices, of great importance in Kazakhstan, following protests that exploded following the increase in fuel prices, the President of Kazakhstan, Kassim Tokayev, dismissed the government in the country and declared a state of emergency.

The Presidency of the Republic posted on its website a presidential statement stating that President Tokaev had accepted the resignation of the Government of Prime Minister Askar Mamin and had entrusted the Deputy Prime Minister to Ali Khan Ismailov, pending the formation of a new Government.

In connection with the protests, a group of demonstrators stormed the main administration building in Almaty, Kazakhstan's economic capital.

Thousands of demonstrators took to the streets of Almaty and in the Mengistaw region of western Kazakhstan, considering the decision to raise prices unfair in light of the large energy reserves in this oil and gas-rich country.

The police fired sound bombs and tear gas against a crowd of thousands of protesters, but were unsuccessful in preventing them from entering the building, according to AFP, and protesters seized police batons and shields.

More than 200 people were arrested during demonstrations in the country following an early-year decision to increase the price of widely used liquefied gas and car fuel in the west of the country.

In a statement, the Russian Foreign Ministry said, "We support the peaceful resolution of all problems within the legal and constitutional framework and through dialogue, not through riots and violations of laws."