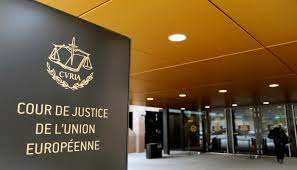 The Supreme Court of the European Union stated that "the prohibition of wearing anything that is an expression of political, philosophical or religious beliefs in the workplace may be justified by the employer's need to present an impartial picture of clients or to prevent social bickering."

The Court ruled that employers could prohibit the wearing of visible symbols of religious or political belief, such as veils.

The Court stated that in its judgment in two cases filed by women in Germany, companies could prevent Muslim female employees from wearing the hijab in certain circumstances. Both were suspended after wearing the hijab.

The Court was quoted: "This justification must, however, be consistent with a fundamental need on the part of the employer and, in harmonizing disputed rights and interests, national courts may take into account the particular context of the Member State, in particular the more appropriate national laws relating to the protection of freedom of religion."