The arrest of an Italian military and a Russian diplomat exchanging documents for money at a secret meeting. 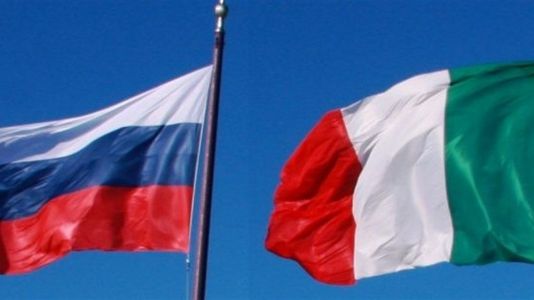 Italian police said they arrested two Italian naval captains and two Russian diplomats on suspicion of being spies, after the two were caught exchanging documents for money at a secret meeting.

The police reported that the Italian, a frigate captain, and the Russian, a military official accredited by the Embassy, had been charged with "serious crimes related to espionage and State security" after their meeting and had not made the suspects known.

According to the Italian news agency, NATO documents were among the files handed over by the captain to the Russian official, raising potential security concerns regarding the remaining NATO members.

The Italian Ministry of Foreign Affairs said that it had summoned Russian Ambassador Sergei Razov after the arrest of the accused. The Russian Information Agency quoted the Russian Embassy as hoping that the incident would not affect bilateral relations.

The Italian National Gendarmerie reported that prosecutors in Rome issued the arrest warrant after a lengthy investigation by Italian intelligence with the support of the army.

The Italian official was in detention, while Foreign Minister Luigi Di Maio said that Italy had expelled Russian officials involved in the case.

On Facebook, Di Maio stated that he had protested strongly to the Russian ambassador and told him to fire Russian officials who were "immediately involved in this serious matter."

For its part, the Kremlin said that it hoped that Russia and Italy would maintain positive and constructive relations despite the incident. He had no information on the reasons and circumstances of the Russian diplomat's arrest.