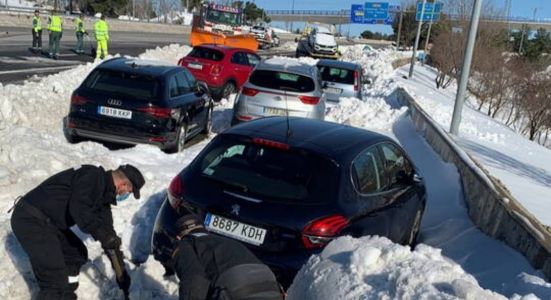 .All regions of Spain, with the exception of the Canary Islands, are experiencing the same snow storms, where the thickness of the snow in some areas reached at least 50 cm, which made dealing with this climate situation complicated for many citizens because they are not accustomed to such a level of cold and snow.

In this context, some Russian diplomats in Spain provided instructions to the residents of their neighborhood on how to get rid of and clean snow, because they are accustomed to this weather phenomenon in Russia.

The last time the country witnessed such an air turbulence and record low temperatures was in 2001 and before it in 1971, but with a lower level of cold, while Spanish experts liken the current decrease in temperature to what happened in 1945