Britain records a sharp jump in deaths from the Corona virus 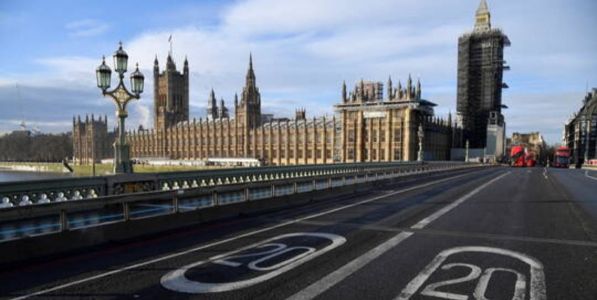 British recorded a sharp jump in deaths due to the Corona virus by 1,243 cases, as this indicator increased more than twice compared to yesterday's data

The Ministry stated, in a new statistic, that the number of registered infections with the emerging corona virus "Covid-19" in the United Kingdom during the past 24 hours increased by 45,533, to reach the level of 3164051 cases.

The British Ministry of Health also stated that it had detected 1,243 new deaths due to the disease, bringing the number of pandemic victims in the country to 83,203.

On December 8, the UK authorities launched a mass vaccination campaign against Coronavirus infection with a vaccine developed by the American "Pfizer" and the German "Biontech" company.

However, in recent weeks, the country has monitored an accelerated spread of the disease, and on December 14, the British Health Minister, Matt Hancock, announced that scientists had discovered a new strain of Corona virus, while the Prime Minister, Boris Johnson, said that it may be 70% more contagious.

We have 256 guests and no members online