France ... An investigation into the incident of a young man being assaulted after celebrating Christmas 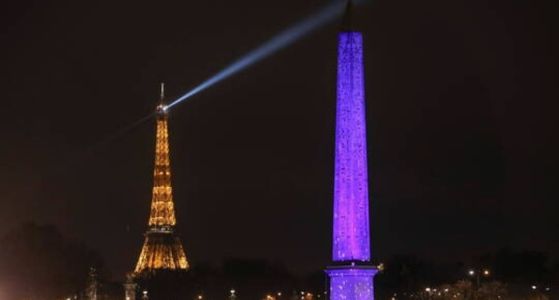 A young French Muslim filed a lawsuit after being severely beaten in the east of the country, because he posted pictures on social media sites in which he was celebrating Christmas, according to what a security source said yesterday to "AFP".

The French agency, quoting the same source, stated that the 20-year-old French man, the son of two policemen, initially received a threatening message from an acquaintance, and this came after he posted pictures of the Christmas banquet on social networking sites, where the message said: "Ibn Abyad Dirty, son of a snake, son of two policemen, I will show you what a true Arab is. "

For his part, the young man shocked the complainant with this threatening letter, and wanted to clarify the reason for its owner’s anger. He does not file a legal complaint against them, according to the same source.

The young prosecutor indicated that he knew the person who sent him this message from school, and from a football club that both of them attend, pointing out that the author of the message threatened him and his parents, because he was shocked when he saw him celebrating Christmas, even though he is a Muslim.

The young man’s mother, who works as an officer in the Judicial Police, explained that her son “fell into an ambush,” stressing that “this case should not go unnoticed,” considering that this behavior is “sectarian” and “racist”.

The policewoman stressed that "this is unacceptable in the twenty-first century, and everyone is free to celebrate what they want and as they like."

The President of the "Gran East" region, Jean Rotenet, warned that what happened was "unacceptable aggression, driven by extremely vulgar racism and hatred for the police," adding that "France needs a republican authority that expresses itself in a real and effective way," expressing "his full support To the victim and his family. "

We have 405 guests and no members online