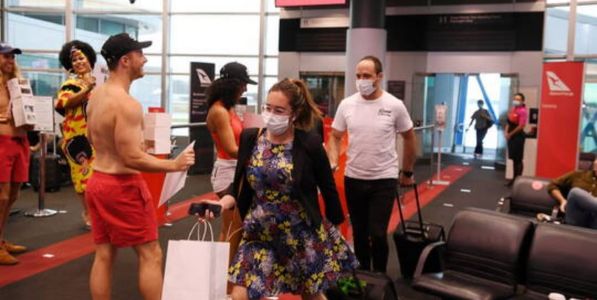 Thousands left the state of New South Wales, in southeastern Australia, in light of preparations to close it after the spread of the Corona epidemic among the population in its capital, Sydney.

Yesterday, Sunday, the Australian health authorities said that this state recorded 30 new confirmed cases of the emerging corona virus, which led to the adjacent state of Queensland being banned from entering its lands on the people of the Greater Sydney area and the entire state of New South Wales, starting from the first hour of today, Monday.

The state of Victoria and South Australia also prevented residents of Sydney's northern shores from accessing it, as well as imposing a 14-day quarantine on those who had settled there.

On the other hand, the Victoria state authorities announced that the state was free of the new Corona virus for the 52nd day in a row, referring to a woman who was a member of a plane crew who came from the Qatari capital, Doha, before Saturday, without travelers, and placed herself in voluntary quarantine. While it was proven, after the tests, that her colleagues who left Australia to complete the quarantine in their countries were not infected.

We have 120 guests and no members online